MOSEIA is pleased to announce the 2017 Board election results 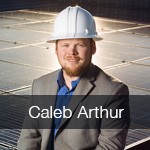 SPRINGFIELD, Mo.— The Missouri Solar Energy Industries Association (MOSEIA) is pleased to announce that Caleb Arthur was elected president during its annual meeting held in Springfield, MO last Thursday and Friday. MOSEIA is the statewide trade association that represents the interests of Missouri’s solar industry and provides its members with training and resources to develop their business.

Arthur will be joined by Mark Walters, Tradewind Energy who was elected vice president, Steve O’Roarke of Microgrid Solar in St. Louis, and Paul McKnight, owner of EFS Energy in St. Louis as other officers of MOSEIA. Arthur will serve a single term of two years, upon which time another MOSEIA member will be elected.

As president, Arthur will lead MOSEIA through a critical year for the solar industry both in Missouri and throughout the nation. The National Solar Trade Case could cost as many as 88,000 jobs if the Suniva Petition is granted, including an estimated 200 jobs lost in Missouri according to SEIA.  Ensuring that Missouri legislators are educated and informed about the impact of a tariff on imported cells will have on the solar industry is a top priority. President Trump has until January 12th to respond on the proposed remedies. In addition, Arthur says he will work to fend off bad legislation on net metering that threatens to add additional costs to Missourians who want to go solar. Finally, Arthur says he will work to provide better training and additional resources to MOSEIA members.

Generating your own electricity from solar is more affordable than ever, and the solar industry will continue to expand. MOSEIA is propelling the growth by representing solar industry stakeholders and by supporting policy issues focused on solar job creation and resilient power production in Missouri. MOSEIA also provides professional development opportunities throughout the year to ensure high installation standards are continued.

Congratulation new officers and directors.  A sincere appreciation to all the candidates for their willingness to serve the Association.  The Association would like to thank outgoing Board members Andy Zellers and Ted Lesiecki for their leadership and continued support of MOSIEA.